If staying in a picturesque resort with a warmly welcoming atmosphere is high priority, Austria will generally come up trumps. Many of its ski resorts have grown up around traditional farming villages, often with an onion-domed church as the centrepiece, and the cosy hospitality embodied by the German word Gemütlichkeit is very much in evidence.

Austrian resorts are famed for foot-stomping but friendly après that starts on the slopes in the afternoon - traditionally with ski boots on - and continues until the small hours in the most party-orientated resorts. We run ski weekends from the fashionable Kitzbühel ski area, which extends over two provinces and 7 municipalities. With 57 cable cars and lifts commuting high above the world-famous ski resort, you know whatever level of skiing, you're sure to find something perfectly suited to your ability. 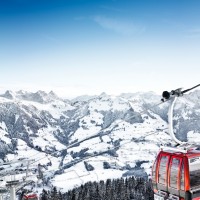