The Fine for Landing a Plane on Mont Blanc? Just €38…

On Tuesday 18 June 2019, a light aircraft landed at 4450m on the east face of Mont-Blanc. This week the Swiss pilot was fined…just 38 euros!

The court in Bonneville in the Haute-Savoie were frustrated by the fact that this was the maximum amount they were able to fine him under the current legislation.

The public prosecutor, Patrice Guigon, confirmed that he could only be fined for non-compliance with ‘prefectural decrees’, which have defined the acceptable landing zones in the region since the 1960s.

The fact that he was flying an aircraft that did not comply with safety rules – for example, the lack of oxygen cylinders on board - was not held against the pilot. 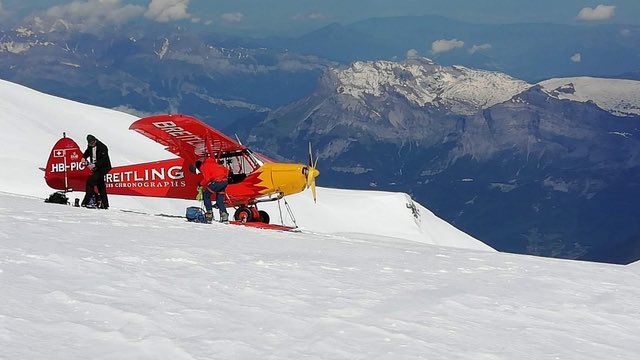 Landing at listed sites only

As it stands it was just non-compliance with ‘Article L363-1’ of the Environmental Code, which prohibits ‘the drop-off of passengers for leisure purposes by aircraft in mountain areas’, except for at listed locations, that he could be charged with – and the legislation does not provide for any specific penalty in the event of an offence.

The plane was originally spotted by the gendarmes of the Chamonix PGHM from a helicopter, as it was ‘parked’ at an altitude of 4450m on the east face of Mont-Blanc.

Climbing to the summit

Its two occupants – both Swiss climbers, one of whom was an experienced pilot – both then started their ascent to the summit, equipped with crampons, ice axes and ropes.

They had flown from Geneva, where flight records claimed the plane had landed at ‘the Dôme du Goûter’ (an authorized landing site), but according to the authorities, the actual landing site was 1.6km away.

In court, the pilot claimed that he had not been able to land at the planned landing point, so had therefore chosen the new location.

The PGHM stopped the climbers and ‘invited them to leave’. 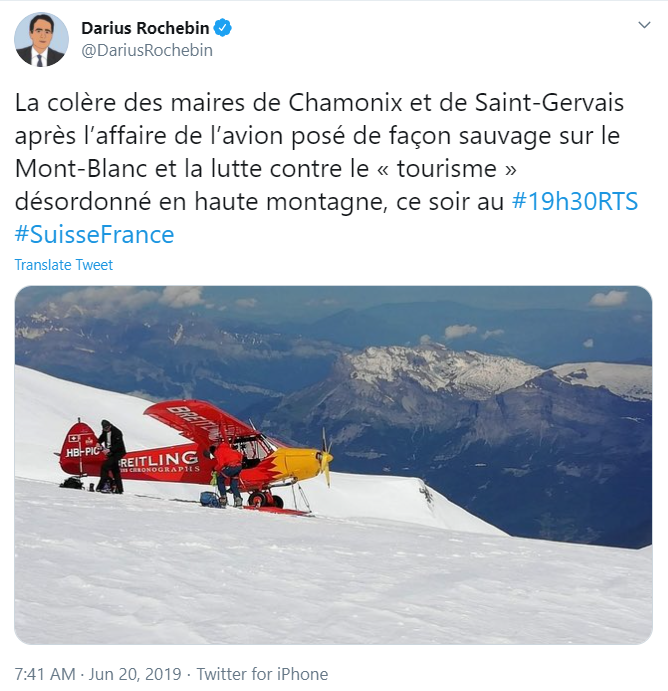 According to the mayor of Chamonix, it was "une atteinte intolérable à l'environnement de haute montagne” (‘An intolerable attack on the high mountain environment’).